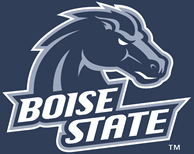 I am going to create a new page for my blog. Everyday I’m going to try to post a new link to some site or article on the web about Boise State Football. Just to get geared up.

I’m not sure exactly how this will look, but I’ll play with it for the first little bit.

Check back. Get ready for football season!

Yes, I’ve slacked off. I just haven’t found that many interesting articles out there that weren’t already in the Idaho Statesman (which you should be reading already). But I have one today. Here is an article about recent Boise State recruits out of Northern Orange County California.

Boise State v Fresno State rivalry. Can it be much of a rivalry if they’ve only beaten us once?

Early BCS Championship Contenders – Look at the last one on the list. I gotta say, its pretty exciting to be included in these sorts of discussions. Hope we don’t implode.

Erickson ends up where he begins, trying to rebuild Idaho. I don’t think you can mention this enough, the fact that Idaho has lost 47 games in the past 5 years. Think about that for a second. Thats almost averaging TEN losses a year. Way to go Idaho… For the record, in the same 5 years, BSU has 53 WINS. (including 64-7 and 70-35 victories over Idaho)

The fastest guy on the team. Finally landed in a position.

Getting off on the right foot. A history of season openers at Boise State

Boise State’s Success on the Blue. This is an amazing article. Here are a few stats for how BSU has done playing on their home turf over the past years. 45-2 at home since 1999. (both losses to ranked BCS teams). Since 2000, Boise State has outscored opponents at home 1809-666 for an average score of 45-17. Since Bronco Stadium was built, they have gone 200-50. An 80% win percentage. Unbelieveable.

CAMP OPENS! Broncos are on a mission. And so it begins… And here is a USAToday article talking about what Bronco fans have known all along.

Is Nothing Sacred? Column about the WAC-y schedule that some teams, specifically Boise State, are playing in order to appear on ESPN. I agree its crazy, but sometimes, to get the exposure, its worth it.

The WAC is getting wackier – Why does it seem the Honolulu paper has more articles dealing with Boise State than our local does?

Mountain West Conference expansion possibilites. Gives pros and cons of possible new memebers including Boise State, Fresno State, UTEP, Nevada, etc. On the other hand, here is an article about the new stability of the WAC after a bunch of changes. Not so fast there, fellas.

Article about new Boise State Head Coach Chris Peterson in the Honolulu Star Bulletin. Good article. I think we’re in good hands. I was a little nervous that he had said he never really wanted to be the head man, but I think he’ll end up enjoying it and doing a good job. Hopefully he’ll be here for the next 10 years.

Top 5 college football ‘value’ teams. Its a gambling thing. I know we ‘cover’ a lot, so do with that information what you will..

WAC stuck in the middle of nowhere. AKA, we suck. Side note, I truly love how Fresno people continually spin the fact that they’ve never won the WAC. Part of me hopes that the win it, just so they can stop being so delusional. Yes, beating the big teams is great… but people remember conference championships. Even if the conference sucks. By the way, if the conference is so bad, shouldn’t you have won one by now?

WAC Media predict Boise State will win its 5th straight WAC title. Smart bunch, them. Always fun to get one for the thumb. Also, linebacker Korey Hall named pre-season defensive player of the year. That guy is scary. Has been for 3 years.

USA Today’s Around the WAC column. Starting with Boise State. Complete with this little nuggett, “In perhaps the most staggering statistic for Boise State, some 54 players earned varsity letters last season. All but eight are expected back this fall. This could really be a special season in Boise Ã¢â‚¬â€? the depth and talent are there for an undefeated run through the WAC and a chance to make some real noise in the Bowl Championship Series.” Niiiiice.

University of Hawaii has pathetic student turnout. 3 to 6 percent of their home crowds are students. Boise State sets aside 18 percent of the capacity of Bronco Stadium for the students. Of course, the only times in the past 4 years when we haven’t sold out, it is when not all the students use their tickets… damn lazy college students. I never missed a game when I was there.

FoxSports Top 100 Heisman Candidates – Ok, now this is a stretch. No matter what happens, exactly 5 or 6 guys will be in the discussions for the Heisman trophy. So, the top 100 is overkill to the nth degree. Our own Jared Zabransky checks in at 83. Provided he doesn’t melt down again like he did last year.

New Store in Boise Could Be Bronco Fan’s Heaven. An article about the new Blue & Orange Store that just opened in the mall. I might say, it is my favorite store of all time. Every time I go in there, they have the football highlight DVD’s playing. Even though I’ve seen them all a dozen times, I still stop and watch.

Junior College Running Back verbally commits to Boise State. This article is a few days old but this guy sounds like he could be a real game breaker, provided he’s healthy.

Fox Sports preview of the Boise State Broncos – Good article. Not completely accurate (at least 1 player they mention has left the team and another is injured), but overall a good job.