The World Cup is here again.

However, there is something I absolutley do NOT like.Â  It is the constant “angry bee hive” buzz of those friggin’ vuvuzelas.Â  I’ve watched exactly 45 minutes of play and I already want to stab red hot pokers into my ears.Â  Those things are horrible.Â  My rule of thumb for FIFA when determining which country to host the World Cup… first elimination criteria?Â  If your fans blow those infernal horns nonstop you are OUT of the running.Â  I’m sorry, but it just ruins the game for the billions watching on TV.

ESPN, here is my idea for you to help us fans get through this World Cup with our sanity intact.Â  First, we need to isolate the commentators in a sound proof booth.Â  I still want to hear the commentary.Â  Second, kill all microphones anywhere in the arena.Â  Third will take a little work.Â  First, you build a software program that connects “fan noise” to an electronic keyboard.Â  Then, you get some guy who is a soccer expert and musician and technical star to ‘play’ this keyboard while watching the game.Â  He can fill in all the cheers, “ohhhh’s”, singing, groans, etc.Â  It’s perfect!Â  We get the ambience of the game without the horns.Â  Even better, is evenutally you could sell this software to all of the little league dads out there who would want to add that sort of thing to the highlights of their kids playing all kinds of sports.Â  It’s a win win!

Or, you could just pay the South African officials to ban those damn things.Â  Either way works for me.

As an aside, can you imagine what would happen if we funneled our best athletes into soccer?Â  How about LeBron James 6’6″ with a 40″ vertical as a striker?Â  Troy Palomalu running a 4.2 40 as a midfielder?Â  Kobe Bryant in goal?Â  Shawne Merriman as a defender?Â  Not that our guys aren’t good now, but wooo… we’d domintate all these 5’8″ guys from everywhere else.

Ok, time for the second half.Â  Let’s root for another weak ass goal from the England keeper! 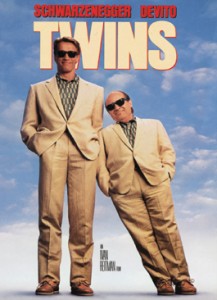 The couple had tried for months.

They knew they wanted to create a legacy. Â Something to follow them in this world. Â Someone to impart their vast knowledge to. Â Thus, the plan to create another being Â was implemented. Â They tried everything they could think of, but nothing seemed to work. Â Apparently, some evil force was onto their plan and had foiled them each step of the way. Â It was clear that they needed help even getting their goal off the ground.

That was, until one fateful April day. Â Word came in that efforts were indeed successful and their name would continue. Â Huzzah! Â There was much celebration that day.

Little did they know just what was in store.

Just three weeks later, upon the first viewing of the newly formed being growing in its veritable cocoon, they got the shock of their lives.

It was that exact moment when the full force of the news hit them. Â And it hit hard…

Yes, it’s true. Â Jess and I are pregnant in a BIG ol’ way. Â And yes, the news was quite a shock that probably STILL hasn’t worn off yet. Â We first got the news we were pregnant on April 13th. Â Followed by the bigger (literally and figuratively) news on May 4th. Â Let me get to some specifics you are all going to be interested in:

Due Date: December 21st
They are currently 4cm long and chugging along at an ideal 163 beats per minute. At today’s ultrasound, they were both wiggling around doing what appeared to be either kung-fu or synchronized swimming. Â I’m wondering what happens in a couple months when space becomes a premium in there and they are throwing their own version of a steel-cage match on each other or working Jess’s bladder as a speed bag. I guess we’ll see.

They each have their own placenta which is a good thing in a multiple situation. Â I suppose they’ll have to learn to share later.Â We’re 9 weeks away from sexing these little munchkins, but Â basic math tells us that there is a 25% chance both boys or both girls and a 50% chance of one of each.Â Jess is doing excellently. Â No morning sickness at all. Â Just tired and thirsty. Â All systems are go.

And to our Moms… both of you… feel free to spread the word. Â We know you have been absolutely chomping at the bit to tell people so now is your chance. Â Go crazy.

I saw this a few days ago online and am going to pretend like I made it for our announcement too: http://www.youtube.com/watch?v=Snp3rHDHwPg Just change those names to Jason and Jessica in your head…

So, let’s make with some excitement people. Â Something has to distract us from the mountain of diapers andÂ simultaneous college fundsÂ I can’t seem to shake from my head…