Yesterday, when Jess was in meetings I decided to go play some pai gow.Â  For those that don’t know, pai gow is a pretty simple and very fun game.Â  The basic premise is each player and the dealer is dealt 7 cards, and your job is to make the best 2 poker hands you can, a 5 card hand and a 2 card hand.Â  The only rule is that your 5 card hand must beat your 2 card hand. (full wiki here).Â  To win, both of your hands must beat the dealers 2 hands.Â  To lose, both must be lower than the dealers.Â  If you split, you push and get your money back.Â  Very simple.

Anyway, yesterday I played for about 2 hours and did pretty well.Â  I ended up about 40 bucks and got a couple of beers out of the deal.Â  I was up almost $100 at one point, but hit a cold streak before I picked up.

END_OF_DOCUMENT_TOKEN_TO_BE_REPLACED

I’m spending today watching football and packing for Vegas, so I don’t have a chance to properly recognize Halloween. We won’t be back in town until Halloween afternoon, but I wanted to say a little something about the season…

Jess refers to Halloween as the start of the “Eating Season” which lasts from now until Valentines Day. I hadn’t thought of it, but she’s right. Halloween candy, thanksgiving dinner and pumpkin pie, Christmas gorging, super bowl parties, and Valentines candy. By the looks of it, we’re looking at a couple of hundred thousand extra calories. God, isn’t it glorious?

Please read my Halloween thoughts from last year (And the silken sad uncertain rustling…) I talked about childhood, costumes, trick-or-treating and candy. It still stands up. However, the Simpsons clips have been removed from Youtube. Lot can happen in a year…

And just because, here are some huge images of my Boise State pumpkin from 2004. Pic 1, Pic 2. 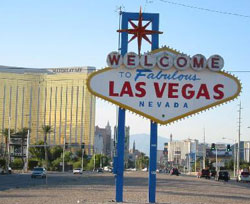 I’m fighting a cold this weekend, which sucks. Basically, I’ve spent all day on the couch watching football.

Well, not all day. Jess was running in the Barber to Boise fun run today, so I dragged ass out of bed to take her down there and meet her at the finish line. It was only a 5k, so it didn’t take all that long. I stopped for a Starbucks and took the paper to read while I was waiting.

On the way home, we stopped on Crescent Rim to take a quick couple pictures… the panorama below is the result. This is Ann Morrison Park and downtown Boise, along with the foothills in the background.Â  Click on the image to get the bigger version.

The Boise State vs La. Tech game was ok. Ian Johnson is out with a bruised kidney, but it all turned out good in the end. I was kinda zoning out while watching. I don’t have much to add.

Plan to spend all day tomorrow relaxing on the couch too, in order to get this cold out as soon as possible. Goin to bed now.

There are guys in the world that I am amazed by. I love their work, their personalities, everything. Jess calls them “Man Crushes” (click for Urban Dictionary definitions). Now, before you go getting the wrong ideas, let me make one thing perfectly clear… this does NOT mean I love these men in a unnatural sense. Absolutely not. By definition, “Man Crush” means if you could sit in a bar and have beers with a guy and shoot the shit for 4 hours, that would be a great time. All of these guys have personalties such that if they were normal guys who lived around me, I would think that I would definitely be their friends.

Without further ado, here are my man crushes.

END_OF_DOCUMENT_TOKEN_TO_BE_REPLACED

On Saturday morning I actually wrote the following words about the San Jose v. Hawaii game:

There was one positive side effect of this game for me. I honestly think that Boise State will not have much of a problem with Hawaii when they meet. I don’t even care that it’s on the islands. Hawaii will not have played a team that is even CLOSE to Boise State in terms of quality. Our defense is down right scary right now. I think the Warriors are in for a surprise with what team shows up November 23rd. Boise State certainly isn’t the same team that lost at Washington. Our strengths, quality running game and stout defense, are the exact ingredients in the recipe on how to handle Hawaii.

Allow me to just say, um… yeah… forget all that.

If you haven’t heard, you can read about what happened in the wildest game I have seen in Bronco Stadium, probably ever. I’m going to give you a slightly less balanced view.

END_OF_DOCUMENT_TOKEN_TO_BE_REPLACED

This weekend I’m bachin it (as in bachelor) since Jess is up at Idaho for homecoming. I ordered a pizza and plopped down on the couch after a rather crazy week at work to watch a little football and relax.

To begin, I wasn’t all that interested in the San Jose State vs Hawaii game on TV. But, since it was the only football on for the evening I flipped around the dial, stopping occasionally on the game. Hawaii jumped out to a 14 point lead early in the game, and since I can’t stand watching Hawaii, I figured that game was done.

END_OF_DOCUMENT_TOKEN_TO_BE_REPLACED

So, for the second time in the past two years (and the first of 2 straight times this season) Boise State is playing on Sunday. Usually the phrase “playing on Sunday” is a euphemism reserved for guys making it to the NFL which play their games on Sundays. But in our increasingly football obsessed culture, even the NFL plays not only Sunday, but Sunday nights, Monday nights and later in the season, Thursdays and even some Saturdays.

END_OF_DOCUMENT_TOKEN_TO_BE_REPLACED

I know, I’ve been slacking here. Well, I suppose technically I’ve not been slacking. That would connote me, parked on a couch somewhere eating Cheetos and watching old Three’s Company reruns.

No. That’s not me. I’ve been busy. So terribly busy. Work went from zero to 100 in about a minute. Add to that the fact that I’ve been moving for what feels like forever. (Don’t get me wrong, its going great! But half of my crap is still in boxes, and we just got the last crap from the apartment last night, which is finally all empty, clean and ready to go).

It’s just the blog that has suffered. When I get a bit of down time lately, I tend to zone out and can’t summon the creative juices as easily as I could when I was wasting time at HP.

Of course, that is not to say that I haven’t had stuff to blog about either. I’ve had about a dozen different ideas for posts. Some of them are great too. Who knows if I’ll ever get to them. I’ll sure try, but since many of those ideas were topical in nature, me, blogging about the Boise State game 3 or 4 games ago, really isn’t doing anyone any good (if I could remember what I wanted to say in the first place).

So, as an amends to my loyal readers, all 7 of you, I have this image… my South Park “me”. I’ve had this image for a long time and totally forgot about it. But now seems like the time to bust it out. Enjoy.