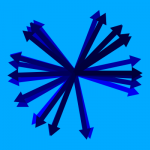 Ok, so if you’re on Facebook at all lately, you’ve probably seen these notes floating around.Â  The whole premise is, you get “tagged” by someone writing their 25 random things, then you gotta respond in kind with 25 of your own things, then tag 25 other people… so on and so forth.

I figured, in addition to posting them on FB, I’d also post them here on my blog, since I never seem to write much here anymore (something I’m trying to work on… but can’t promise anything at this moment).Â  I will say this will probably be a little (a lot) more verbose than a lot of the notes you read.Â  I can’t help that.Â  Just how it is.

So, here goes… 25 Random Things About Me.

END_OF_DOCUMENT_TOKEN_TO_BE_REPLACED

I am not the first one to say this… in fact, I’m probably the 2,304,865th person to express this sentiment, but allow me to add my voice to the cacophony declaring this an historic day.Â  I don’t think we can adequately appreciate exactly what this means.Â  You know, one of those things that is just so big that it really takes some distance to fully comprehend it all.

Instead of trying to detail out all the ramifications of Obama’s election and inauguration, which I am woefully ill equipped to do, I will instead just capture some of what I’m thinking about this day.

Obama feels like a president for everyone.Â  These past 8 years have certainly felt like there were vast swaths of the population who were marginalized or simply flat out ignored.Â  The mark of a good leader is someone who listens to all points of view to come up with solutions.Â  I think Obama is that man.Â  I told Jess, who was hesitant to get on the Obama train because she wasn’t sure she agreed with everything he stands for.Â  I told her, there will never be a candidate who you agree with 100% of the time.Â  We each have our own views shaped by our own experiences.Â  What you want to shoot for is someone who will listen to all sides and someone you trust to make the right decisions.Â  I honestly feel that Obama is that man.

I am a fiscal conservative and a social liberal.Â  That is tough to find in a candidate.Â Â  I feel better about Obama than I have about any candidate in a long time.

How nice is it to have a president who can actually speak?Â  I mean, words can move mountains.Â  Obama can expertly use words to convey an idea and make us feel.Â  All without using words like “nook-u-lar” or “misunderestimated”.Â  If anything, Obama is reminiscent of Regan.Â  He was the first president I remember as a kid and I used to like to listen to him talk.Â  He reminded me of my grandpa.Â  It is so nice to finally again have a president who when he opens his mouth you don’t have to cringe and what might come out.

In that same vein, I am very happy to have a president I can respect.Â  I had zero respect for Bush.

It moved me to no end to see the shots of the elderly african-americans who were present at the inauguration.Â  The stories of the civil rights marches, segregation, dogs and firehoses.Â  It amazes me to think that just 40 years ago, the country was so different.Â  Since all that happened before I was born it’s easy to think that it is ancient history.Â  But it’s not.Â  It’s recent and it showed on the faces of those present.Â  I can’t imagine what all this must mean for them.

I think what I will like best about the Obama administration is the polar shift in the attitude of the government towards the rest of the world.Â  Bush ruled with absolute arrogance.Â  He assumed that he always knew what was right and could never imagine that he could be wrong.Â  If any other countries disagreed, well we’ll just bully them into complying. Â  Of course the Iraqis would welcome us with open arms!Â  Why wouldn’t they?Â Â  Obama on the other hand, said in his speech that we will no longer operate that way.Â  He is about building and extending, not isolating and alienating .Â  How refreshing.

I also really liked to hear him paraphrase Ben Franklin’s famous quote of “Those who would sacrifice freedom for security deserve neither”.Â  Obama basically said we will not sacrifice our principles for anything.Â  Hopefully this means an end to Gitmo, domestic spying and warrantless wiretaps, and the secrecy and paranoia of the Bush years.Â  I absolutely hated the direction this country was headed.Â  I hope that has all changed.

Another area of focus he mentioned was our infrastructure.Â  Frankly, it is embarrassing the condition of our country.Â  If we’re the richest country on the planet, why in the hell are our roads and bridges deteriorating?Â  Why is public transport so pathetic?Â  Why do we rank so low in broadband penetration?Â  Why haven’t we built a new nuclear reactor in 30 years?Â  We spend billions and billions and seemingly have nothing to show for it.Â  Maybe we will now rectify this.

This really is too big for me to fully comprehend right now.Â  There is so much floating around my head right now that I can’t seem to write a coherant sentence.Â Â  I will say this… I am exceptionally proud to be an American.Â  I love this country.Â  I have since I was a little kid.Â  I am now more hopefull for our future than I have been in a long long time.

I think it is a very good sign for our country that there are millions of school children who watched the inaguration today, and didn’t know how significant it was for a black man to be elected president.Â  They just saw a man become president.Â  That’s all.

That bodes well for our futures.

As I visited the Idaho Statesman’s website, I was greeted with their “Today’s Highlights” section, which is basically the ‘above the fold’ part of the website.Â  Of course, they were highlighting the inauguration.Â  Unfortunately, the images they chose to highlight it with really leaves something to be desired.Â  See below.

History has been made. I do want to be sure to capture my thoughts on this day, but I will have to ruminate on it for a bit. Work beckons, but check back in this space later for my full thoughts.

We had to put Goldy down today.Â  Can’t write much more that this.Â Â  Goldy, I wish I could be eloquent and give you the send-off you’ve earned, but I can’t.

At least your joints will no longer bother you, you’ll again hear the birds chirp, the back door will always be open, and you can have all the food you can eat. 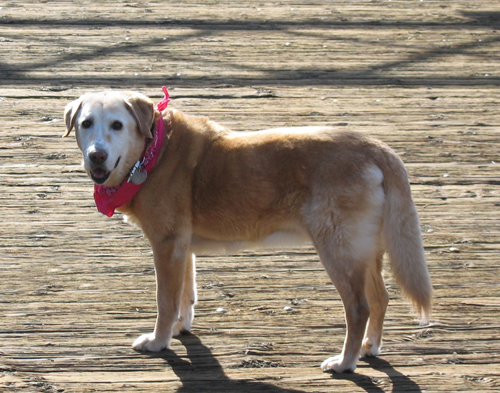 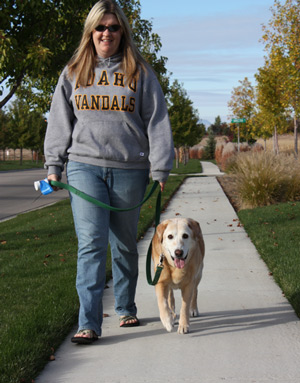 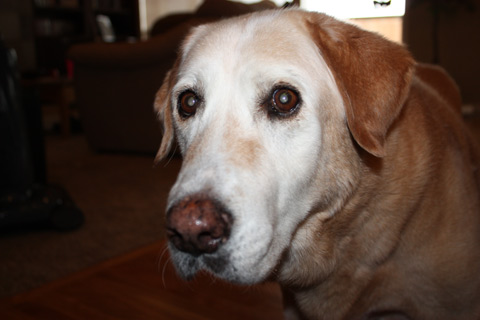 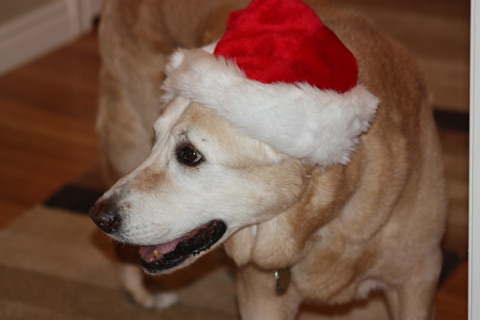