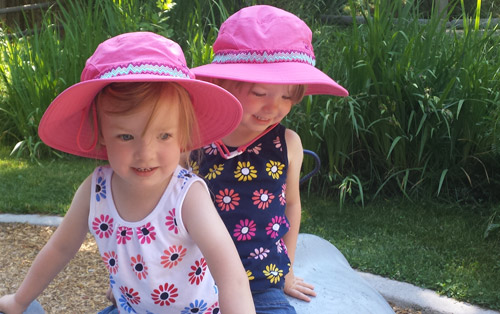 When you have young kids, getting them to do the things you need them to do can be difficult. This isn’t earth-shattering information. All parents know this. Every stage of their lives you have to constantly adapt your methods of motivation in order to just keep things moving along enough to get through your day.

Of course, motivating twins is a special challenge since you have the whole “sissy first” issue. Neither kid wants to be the first one to do something (or stop doing something as the case may be). Who wants to be the first one to get their hair washed in the bath? No thanks. First one to go potty in the morning? Forget it. First one to get their shoes on? Pass. It’s always “Sissy First!” Eventually, they do nothing for long enough that you give up and try to put their shoes on for them… “NO! I’ll DO IT!” they shout. *sigh*… but you’re not doing it, that’s the problem.

There are methods that you try which fail miserably. One of these I call “The Winner”. I do not suggest this tactic. It consists of proclaiming the first one to do something as the winner. “The first one to get their shoes on wins!” Sounds foolproof right? Everyone likes winning. Unfortunately, 3-year-olds don’t have a nuanced approach to not winning. Yes, you have accomplished your goal in getting at least one kid moving, but the child who does not win is now throwing a fit because they “didn’t get to win too.” In attempts mitigate this, you concoct some other winning condition, but God help you if the ‘losing’ child does not win that one. You might as well go back to bed.

Thus, I recently instituted the “Eenie, Meanie, Miney, Moe” method. Everyone who was once a kid knows what this is all about. It’s so simple. Takes only a few seconds. The girls really enjoy it. I get to choose the kid I want to go first and they’re none the wiser. Hell, I was probably 14 years old before I realized that it was not, in fact, random.

Using Eenie, Meanie solves one problem… selecting who goes first. However, the remaining problem is getting them to actually agree to the outcome. If they get chosen, the first reply is often “No! Do it again!” I’ve began calling this “Respect the Moe”. Which I really really enjoy saying, even if they don’t totally get it. I think that needs to be on a T-shirt. Needs to be a trending hashtag on Twitter: #RespectTheMoe. Delivered with enough emphasis and you can defuse arguments… sometimes.

This method is so effective that often if we try to do something they don’t want they will shout “DO EENIE MINEY MOE!”.  That’s how I know I’ve accomplished something.

Chalk this up to another of the literally thousands of things I never even thought to think about before I had kids.