I suppose I should write about how I’ve been doing lately since I haven’t done an update like that in a while. Here goes.

I would have to say that things have improved, but not a whole lot. In my down time I still find myself thinking about everything and it still bums me out. You know what really sucks? When you work hard all day to try and not think about it, then when you sleep that night you have a dream about the her, the divorce, the loss, whatever. Nothing like starting your day off on a really positive note. I used to really enjoy the fact that I could very often remember my dreams. Now… not so much… Speaking of sleeping, this hasn’t been a banner week so far. Between bad dreams and more ‘waking up super early’ (yesterday morning… I was awake at 3am, and had to try and kill time before going to work at 6.) I’ve been working out like my doctor suggested, but it doesn’t seem to be helping lately.

What I’ve noticed lately is that I am now mired in the ‘missing her’ state. I’m not angry. I don’t miss all the ancillary crap that went along with everything. I just simply miss her. No matter what I do, I can’t seem to shake that. I can distract myself for a little while, but usually not very long. Its all the little stuff I miss. And there is always something to remind me. Hearing a co-worker talking about a ‘rum punch’ (our last summer party, the rum punch was flowing) or the headline “Man Shot in Vegas Airport” (of all things… I can remember our February trip like it was yesterday. Literally.). I found the ticket stub for the movie ‘Inside Man’… we saw that 10 days before the split. I’m surrounded by it all. We loved the HBO show ‘Deadwood’. Now, watching it by myself just isn’t the same. I see advertisements for events or places that we would have totally enjoyed. I haven’t fully trained my brain either, because when I see or hear about things, for the slightest of split seconds I think “hey, we should totally do that!” … before I catch myself. I think its instinctual. Gonna be tough to shake. There are lots of things that I would like to do, but no matter what you try, you just can’t make it work when you’re single. Those of you who are married (and at this point, I think its all of my regular readers) know what I’m talking about. Family and friends are great. And they’re great to do certain things with. But you can’t do everything. George, I love you man, but I seriously doubt we would go to see Michael Buble’ together.

The other day, I was listening to some Sinatra which I haven’t done in a long time. Love songs haven’t really been what I’m into lately. Anyway, of my 20 or so albums, I picked one out at random and started listening. I was really enjoying it. I had forgotten just how much I enjoy his music. Then, the wheels came off the wagon. The song “Our Love is Here to Stay” came on, and I knew it in the first 3 notes. (it was like hell’s version of ‘Name That Tune’… “I can ruin my entire day in 3 notes, Beelzebub!”) Most of you know that was our wedding theme. I couldn’t get that song off fast enough to not put a black cloud over the rest of my day. I really hate that crap like that still gets me. It’s been almost 3 months and there is no end in sight.

I also find myself really missing the boys. Anyone who knows me knows I’m a total animal person. When I’m at someone’s house and their dog is a little too excited or too friendly, they are usually trying to restrain the dog or get him from the room… I’d rather have the exact opposite. Let the 85lbs lab sit on my lap. Give me kisses. Beg for pets. I love it. That’s what I miss from my guys Frank and Dino. Boy, did they love their dad. They would get so wound up when I got home from work. Running around the house at mach 2. I couldn’t work on the computer or watch TV without BOTH of them wanting to be on my lap, preferably burrowed into a blanket of some sort. Wouldn’t take ‘no’ for an answer (you don’t know how skilled you are until you can learn to type at a desk with two 12lbs. daschunds in your lap). When I hear a doorbell on TV, part of me still waits for the inevitable spastic barking that would ensue. Dog lovers know what I’m talking about. There are reasons you love your dogs and they’re far too many to list. Those are all the things I miss. Even when they were a pain in the ass. Other peoples dogs are great… Syd & Gus… Josie… Sadie… Otis (T-Bone)… but they’re not mine… and mine are gone. 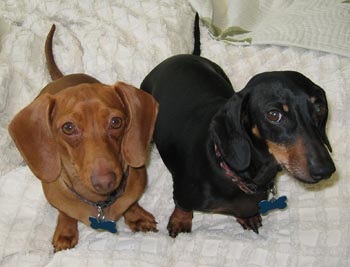 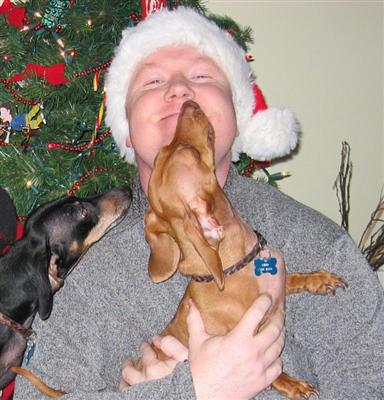 People have told me to get a cat. I like cats well enough… like I said, I’m an animal lover. But as I’m looking at my apartment the thing is just so small. I would need to get one of those automatic litter scooping litter boxes because I’m a lazy S.O.B and don’t want to deal with it. But, there is nowhere in my entire place it would fit. I know that sounds like such a stupid reason to not get one… maybe its just an excuse I’m using to myself. I dunno.

Sometimes I really can’t help but marvel at everything I lost. I know I’ve said it before and don’t want to sound like I’m whining… but goddamn…

I guess I have to live with this:

“Everything can be taken from a man but the last of the human freedoms – to choose one’s attitude in any given set of circumstances, to choose one’s own way. – Victor Frankl